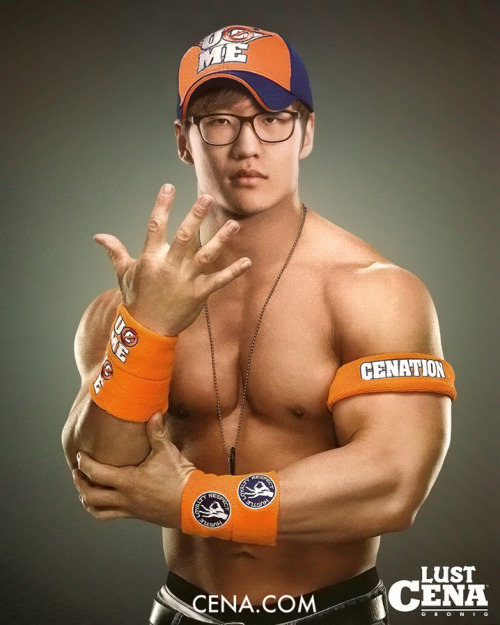 What a season, what a season. We have crowned a new NA LCS champion, but I can’t help feeling like something is missing. A little craziness. A little panache. A little...Leagamania. As great as things are now, imagine how the LCS would fare being powered by the mind of one Vince McMahon.

Lights up. We have just gotten an inspiring promo from Twisted Fate. Blakinola starts to introduce the teams when, oh my god, it's Lust Cena. The music blares through the venue and Jang-Sik "Lustboy" Ham bursts through the crowd, jumping onto the center stage platform. Dressed in ill fitting, bright-orange pants, Lust Cena grabs the mic out of Blakinola’s hands. "There is someone here who doesn’t belong," he bellows. "Yellow. Star." The crowd erupts as the ex-TSM support confronts his replacement for the first time. A referee from the TSM side runs up to Lust Cena, urging him to go backstage. With lightning speed, Lust Cena puts him in a headlock, holding him under his arm while he speaks "You took my family from me, but I’m not hurt. I’m angry. Today, you're busy. But at MSI? Boy, it’s time you earned your place among TSM. You. Me. MSI. Hell in a Cell for the TSM Support Title." Lust Cena throws the mic to the ground, releases the referee, and waves his hand infront of his face. "You can’t see me." Lights out. When the lights come back up, Lust Cena has vanished. Shaken by Lust Cena’s rippling physique, TSM loses game 1.

Pick ban begins for game two and you can see the sweat dripping from the faces of TSM. Suddenly, Huni rises from the floor. In his hands, he holds a metallic briefcase. The briefcase that his team was given after winning the regular season. He tosses it to the referee behind CLG. The ref clicks open the locks, checking on the content of the case. A gold sheen emanates from inside, presumably holding a large sum of gold or the soul of a crime boss. The briefcase is re-locked, and the Referee nods at Huni, accepting his bribe. The Immortals theme music plays and the entire team rises from the stage, taking their place next to their top laner. The Immortals players turn to face CLG. They leap over the computers, tossing the CLG members from their chairs, driving them backstage for the time being. The Immortals take their places where the CLG players once sat, looking to get their revenge against TSM for defeating them in the semifinals. This time, they are determined to win. They lose. The CLG members, bruised and battered, walk back into their positions, comforting the Immortals players as they trudge backstage. Darshan approaches Huni, and over the boom mic, you can hear him say, "Tag-team."

TSM has just defeated the buy-in Immortals but are still 1-1 in the series against CLG. After pick and ban, the stage and house lights dim. On the jumbo-tron, a ginger haired man dressed in a large winter coat appears. "You know Monte," he says. "TSM fans have accused me of being a bully." The adjacent screen lights up to show the face of a well-groomed man in a well tailored suit. "Yes they have Thorin," says Monte Cristo. "Monte, what if we just pushed the ‘haters’ to the limit then?" Reginald runs down the steps of the audience, waving his hands in the air. "Turn them off," he shouts. Monte Cristo rushes Reginald, making a surprise run from backstage. Out of the shadows pops Thorin, in the flesh. Reginald stands to defend himself, but a solid push from Monte Cristo sends Reginald backwards, into the the awaiting Superman Punch of surprise combatant Thorin. Game 3 starts. Now that Reginald is taken care of, Monte Cristo and Thorin run down the stairs, verbally berating TSM players over the microphones. The insults fly, many of them too vulgar for the stream or for this article. Bjergsen, unwilling to have his honor questioned, erupts from his seat, throwing himself at the two hosts of Summoning Insight. The rest of TSM follows in suit. A massive brawl occurs on the main stage. TSM loses by disqualification, while Brandon Beck and Mark Merrill suspend Thorin and Monte Cristo for the foreseeable future. They laugh it off, swearing that they will return.

Waking him from his most recent K.O., Reginald comes up with a devious plot to rig game 4. While the audience is distracted by a beach ball, cleverly thrown in by ex-TSM jungler Oddone, Reginald sneaks a bottle of krazy glue onto the CLG side of the stage. When he is sure that the coast is clear, he fills in the keys of Darshan’s keyboard, committing the greatest act of sticky malfeasance in LCS history. Youtube celebrity and TSM superfan Sky Williams, catches Reginald in the act. There is a standoff. No words are spoken. A fan walks up to ask for both of their autographs, drawing the attention of Riot officials. Knowing that if he does nothing Reginald will be caught, Sky nods to the TSM owner. The two flee the scene, clotheslining the 12 year old fan. Due to the glue in his keyboard, Darshan accidentally picks Trundle in game 4, and CLG is crushed under the weight of 5 working keyboards. Beck and Merrill make a competitive ruling on the glue, inexplicably deciding to count the game as a TSM win. Promising that game 5 will not have any interference, the founders of Riot rip off their break-away suits to reveal sleeveless referee shirts and shorts. Silver Scrapes plays. Sky and Reginald are still at large.

CLG has just won the NA LCS Spring Finals, and are sitting center stage with Dash. Stixxay, now the MVP of the series, is talking about his MVP honor and his controversial Tristana pick. The crowd gasps as Doublelift crawls out from under the stage platform. He urges the crowd to not give him away as he pulls a folding chair from the same pit that he has just emerged from. Doublelift sprints up to the Spring Split MVP, holding the chair high above his head. "Not on my watch," a voice cries out from the light rack high above the stage. HotshotGG, painted in CLG blue and black dives from the light rack, attempting to crush Doublelift under his bird-like frame. HotshotGG misses the ex-CLG player, landing onto the stage with a hard thud. In shock, Doublelift drops the chair, and loses focus on Stixxay. Aphromoo, always the faithful support, leaps to the rescue and RKOs Doublelift into the floor. Knocked out cold. Stixxay, arm-in-arm with Aphromoo, holds the Spring split trophy high above the unconscious Doublelift. The crowd goes wild.

With the series over, and interviews conducted, Dash throws it back to the analyst desk to close out the night. Zirene is standing at the desk confused and alone. Scarra, unable to take Zirene’s TSM prediction lightly, stealthily climbs over the railing in the back of the set. Like a banshee, Scarra creams "CLG," and suplexes Zirene through the analyst desk. It shatters into a million pieces as Dash comes over the speakers, reminding everyone to watch PTL this Wednesday night. The screen fades black. Highlights from the evening play. The MSI promo is shown on screen: CLG and Immortals Tag-Team Match against TSM, the All-Region Ladder Match, and the Main Event: Yellowstar vs. Lust Cena, Hell in a Cell.