The League of Legends Championship series (LCS) is about ready to finish up the 2016 Spring split this Sunday. The final will take place in Las Vegas, and will pit two of the oldest teams in North America (NA) against one another: Team SoloMid (TSM) and Counter Logic Gaming (CLG). Since the beginning of the professional League of Legends scene, these two teams have been taking shots at each other. In fact, owner and manager of TSM, Andy "Reginald" Dinh, left CLG and built a new team from the ground up with the sole purpose of destroying his old team. That team would become TSM, the most popular and winningest North American League of Legends teams to date. That being said, CLG is in no way the underdog in this match. This is a repeat match from the 2015 Summer Split finals, where CLG was finally able to take the crown away from long time champions (albeit champions who had recently traded their crown back and forth with a newer team: Cloud 9). Now CLG, the reigning champions, are looking to maintain their place as the "Best Team NA" and TSM aims to regain that title.

Being two of the oldest teams and the greatest rivals in the entire League of Legends professional scene’s history, international or otherwise, there has been quite a bit of drama between the players, the management, and the fans. Over the years, Reginald has had some sizeable public beefs with now ex-CLG coach and current English LCK (League of Legends Champions Korea, owned by Korean esports company OGN in collaboration with Riot Games) caster Christopher "MonteCristo" Mykles and CLG creator (also ex teammate of Reginald on CLG) George "HotshotGG" Georgallidis. While some of these fights have been genuinely mean spirited, a majority of them have been snide remarks, and public bets on games.

Just last year on Riot Games Wednesday night analysis show, PrimeTime League (PTL), HotshotGG was forced to dye his hair bright pink after CLG lost a crucial game to TSM. The bet was made between Reginald and HotshotGG the week before, and announced via HotshotGG’s twitter account (to which Reginald responded with a cheeky comment referencing the popular phrase "FreeLG"). To be frank, the game was not even close, CLG dominated for almost the entirety of the game. As a matter of fact, 36 minutes into the 45 minute game, CLG had a gold lead of about seven thousand gold. But as CLG has been known to do in their long career, they threw away the game in the last moments and TSM snatched the game for themselves. Thus, HotshotGG had pink hair for all of February and March in 2015. 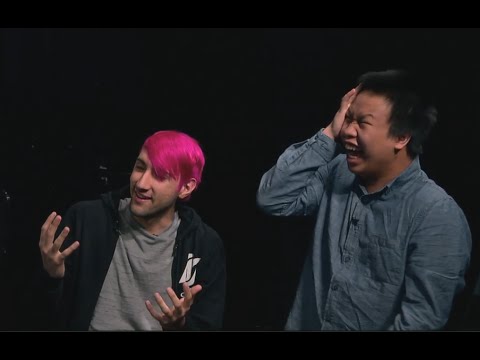 While there is a long history of these two teams going for each other's throats, nothing compares to the TSM acquisition of longtime CLG star-player, Doublelift. Much like other sports, LCS has an off season for several months after the World Championship in October. This is the most common time for teams to make changes among their roster. However, CLG surprised everyone last October when they announced that Yiliang (also known as Peter) "Doublelift" Peng would no longer be the Attack Damage Carry (ADC) for their team. Literal minutes later, TSM announced the acquisition of their new ADC: Doublelift.

Doublelift had been one of the best and most outspoken players in the NA LCS, he was also a veteran CLG player, having been a member of the squad since 2011. When this news was first released fans on twitter and the League of Legends Subreddit exploded with a mix of rage and joy. Some TSM fans were glad to have arguably the best NA League of Legends players ever join their already talented team, while others would always hate him for being on CLG for all of those years. At the same time, many CLG fans rejoiced that Doublelift, who has been notoriously hard to deal with based on testimony from his former teammates, was gone. Others felt betrayed that CLG’s largest star would join such a long time rival.

The acquisition has not necessarily worked out in TSM’s favor, that is, until playoffs. This split TSM has suffered quite a bit during the regular season. While this is to be expected when you gut a team (TSM replaced 4 of 5 members this split), it has, none the less, been what some would call a bad season for TSM, usually shifting between 3rd and 4th place. On the other hand, CLG has been doing fairly well. They have been 2nd place only to the brand new team Immortals, who went almost undefeated this split, losing only one game to CLG, leaving Immortals’ record 17-1. However, playoffs have been an entirely different story for these teams. TSM came into quarters looking pretty rough, but pulled out a 3-1 victory against Cloud 9. When they moved onto semi-finals, they faced the seemingly unstoppable Immortals. In an extremely surprising series, TSM 3-0 the 17-1 Immortals. CLG had a bye into the semifinals against Team Liquid, and it looked to be a easy 3-0 for CLG. But CLG has a history of doing poorly after byes, and so the CLG vs. TL series was a long, hard 3-2 victory for CLG. 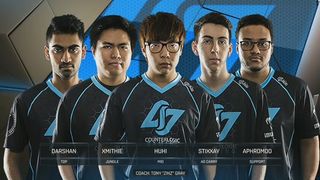 All in all, it has been a strange season. CLG, who are usually very touch and go, have been consistently good. All of this after replacing Doublelift and losing their midlaner from their winning split, Pobelter, to the now 3rd or 4th place team, Immortals. However, CLG is not really the storyline worth looking at this season. TSM, on the other hand, have been a disaster. Not necessarily in their play as a team, although for a lot of the season that hasn't been great, but instead in their team spirit. Throughout the regular season there were many reports of drama in the TSM household. Much of this even shown through in the TSM reality-streaming show, "TSM Legends." The players were not gelling as a unit, and when Doublelift is taking every opportunity he can in interviews to talk about how poorly his team is doing, in detail, it raises concerns.

Even on an in game level, the acquisitions of several teammates seemed weird stylistically. Hauntzer, their top laner, was known for being on bad teams and seemed like an odd pickup. Their jungler, Svenskeren, had been penalized in 2014 for racist comments while playing in Taiwanese solo que. Bjergsen was struggling to make the kind of impacts that he used to in games. All that being said, the strangest acquisition of all, from a gameplay perspective, was that of the EU support, Yellowstar.

Yellowstar was a player on Fnatic, a EU team known for their early roaming and aggression. Much of that playstyle was due to Yellowstar and his shotcalling. He plays quickly and aggressively, and has been lauded as an amazing support because of it. However, when TSM picked him up and first began playing with him, it became clear that Yellowstar with his current style would never be compatible. TSM plays very passively in the early parts of the game, they always have. Adding Doublelift to the equation, who is infamous for solo farming in lanes until he is strong enough to roll over the competition, only adds to the passive TSM early game. When you add Yellowstar, things don’t add up. Thus, the team suffered in their early game even more. 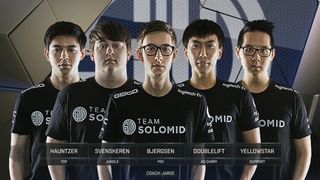 TSM’s ability to regather themselves this season, and in such short order, is incredible on it’s own. Hauntzer has stepped up and proven himself to be one of the three best top laners in NA. Svenskeren has shown that he can play certain carry junglers (such as Nidalee, Kindred, and Graves) with a high level of proficiency. Bjergsen seemed back in form for playoffs, crushing his opposing laner like it's 2014. Doublelift has finally learned to play on a team, with four other members. Most impressively, Yellowstar has managed to alter his style entirely to fit that of his teammates, while still maintaining his high level of play.

Team SoloMid were able to stomp the new team Immortals, but the question lies in whether they will be able to come together to face a team that they have such a storied history with. When Doublelift has to go up against his old team and teammates, how will he fare? On Sunday we will discover if the pressure of playing in the finals and fighting for the bragging rights in the TSM vs. CLG rivalry will prove too much for the fresh Team SoloMid roster. We will see if they can come together as a unit like they have throughout playoffs, or dissolve back into the disorganized pile of sludge that they were during the regular season.